“I wish I had some kind of smell museum, so certain smells wouldn’t get lost forever”, Andy Warhol, 1975 For the fifth edition of ‘Stedelijk Statements’ I was invited to present my PhD research ‘In Search of Lost Scents – Reconstructing the Aromatic Heritage of the Avant-garde.  I felt like a child in a candy store, being handed the symbolic key to one of the most important museums of modern art and design in Europe. I was able to invite my favourite scholars and experts on the topic,  curate a one day exhibition with works from the collection, shoot a small clip, and last but not least to work with a contemporary artist on a new piece, inspired by olfactory heritage. Needless to say I had the time of my life being able to add an olfactory dimension to the deodorized white cube. But more importantly, an audience of 200 people was able to witness olfactory art history intellectually AND aromatically, thanks to the support of I.F.F. who reconstructed several scents based on my research. The night and exhibition were dedicated to Andy Warhol, who had expressed his dream about a museum of lost smells in 1975.

During the event there was a lecture by renowned olfactory artist Peter De Cupere, by literature scholar Piet Devos, and a performance by the artist-choreographer Amy Toner, performed by dancer Maroula Iliopoulou and scented live by aromajockey Scentman. During the intermission, visitors had the opportunity to smell different moments in art history.  The goal was to explore the possibilities and challenges of presenting, critiquing, preserving and reconstructing historical and contemporary olfactory art in the museum.

Here are some pictures of the evening and exhibited smells (I wish I could digitally convey them to you all….) along with the texts that were presented in the Audi room of the museum.

The introductory text for the one day exhibition ‘The Museum of Smells’, copyright author, text and photo by author.

Installing the art historical olfactory reconstructions at the Stedelijk Museum. Images on the pedestals were placed as visual documentation to accompany the scents on top. Photo by author 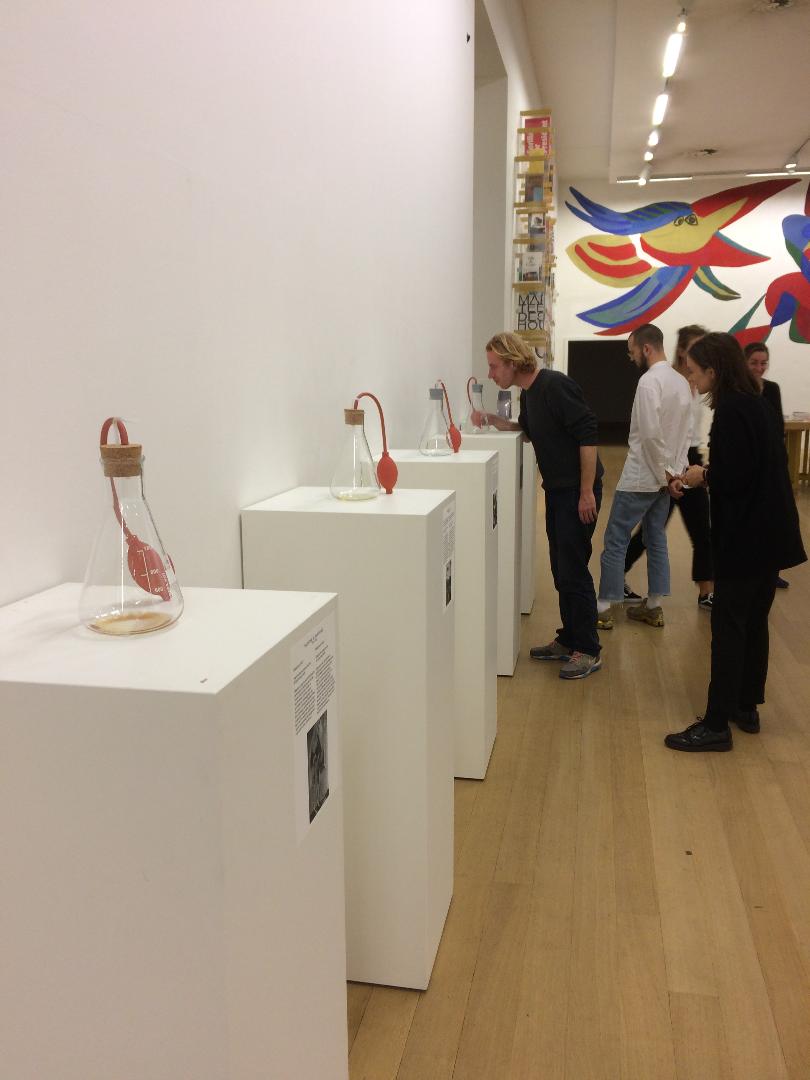 Installation view of the exhibition where 5 scents were placed chronologically (1912 – 2015), ranging from Futurism to installation art. 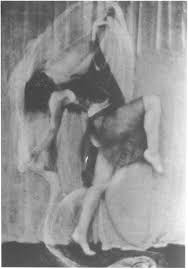 Scent no 1 on sniff:

Métachorie was the first futurist performance that involved fragrances. In combination with the music and decor, they formed a synthesis with the movements by dancer and choreographer De Saint Point. A critic who attended the performance described the fragrant smoke curtains as exotic, which around the fin-de-siècle implies the then-recently Westernized colonial fragrances of – among others – patchouli and sandalwood (source: C. Verbeek, In Search of Lost Scents, PhD, expected in 2019). 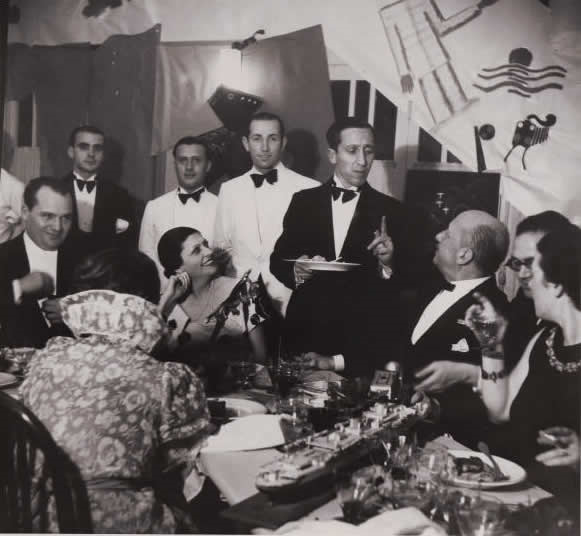 Scent no 2 on sniff:

In the thirties, the futurists organized politically tinted artistic banquets, where no sense was left unaddressed. For example, they spread the fragrances of ozone (as a reference to electricity) and Eau de Cologne, which is originally an Italian toilet water. The latter had connotations of war, as it was used to treat wounds at the front. Furthermore, ‘Aqua di Colonia’ literally means ‘colonial water’ in Italian (source: C. Verbeek, In Search of Lost Scents, PhD, expected in 2019). 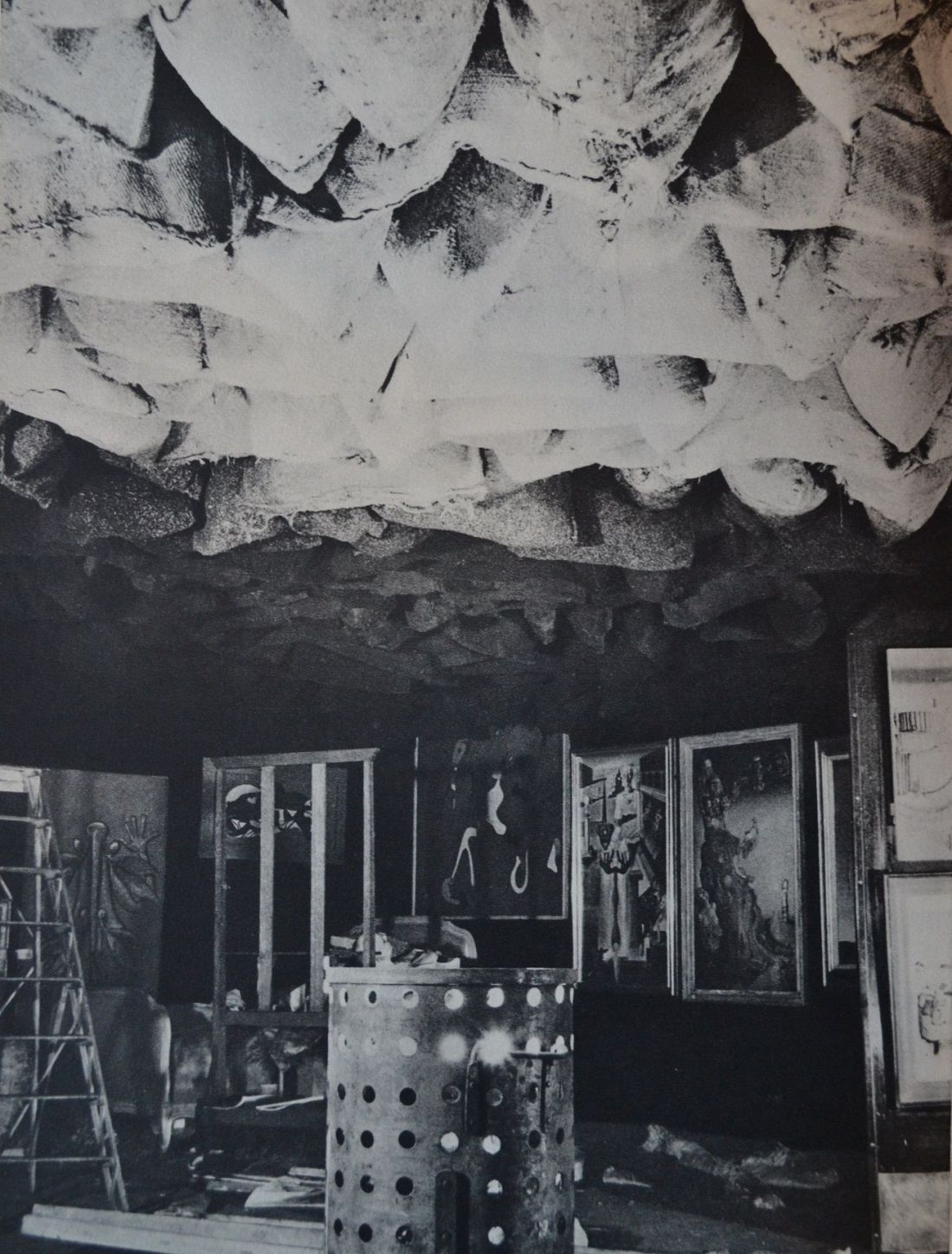 Scent no 3 on sniff:

According to nose-witnesses Man Ray and Simone de Beauvoir, the 1938 surrealist exhibition strongly smelled of Brazilian coffee. During the opening, Benjamin Pérèt roasted coffee beans on an electric stove. Looking back, Marcel Duchamp described the aroma as an independent surrealist artwork. The fragrance may have been a reference to Brazil’s joining of the surrealist movement that year, or to the place where the surrealists were most commonly found: the café (source: C. Verbeek, In Search of Lost Scents, PhD, expected in 2019).

Scent no 4 on sniff:

‘Vernissage consacré aux enfants jouant, à l’odeur du cèdre’ (Opening dedicated to children at play and the smell of cedar), said the invitation to the exhibition First Papers of Surrealism. The fragrance of cedar wood may have been a reference to the cigar boxes in which the artist – an avid smoker – kept his papers, and which he regularly used to create artist’s books and artworks. Even though one of the last nose witnesses was interviewed, he didn’t recollect a scent (source: C. Verbeek, In Search of Lost Scents, PhD, expected in 2019).

Scent no 5 on sniff:

This fragrance capsule is a visual and olfactory homage to Edward Kienholz’ art piece The Beanery, a replica of a bar in Los Angeles. Kienholz added smells to enhance the work’s realism. Brakenhoff’s clock-shaped capsule – a reference to the shape of the customers’ heads – contains a reconstruction of the smell Kienholz had in mind: ashes, stale beer, mothballs, rancid grease and urine. 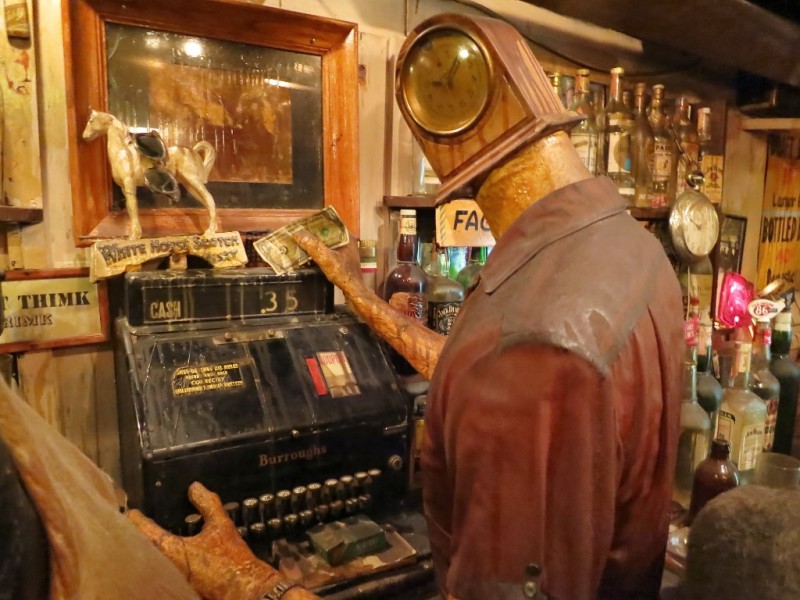 View of the interior of ‘The Beanery’ (1965), by Edward Kienholz, collection Stedelijk Museum Amsterdam

A very precious and rare object on display:

This artist’s book, based on the idiom of the machine, is exceptionally sensorial. It feels cool, smooth and hard to the touch, with a metallic smell. Its contents also address the olfactory experience; in the exhibited poem, a man tracks the scents of the object of his lust. The smell of moist earth and milk suggest the conclusion: the birth of a child after a bout of love-making on the ground  (source: C. Verbeek, In Search of Lost Scents, PhD, expected in 2019). 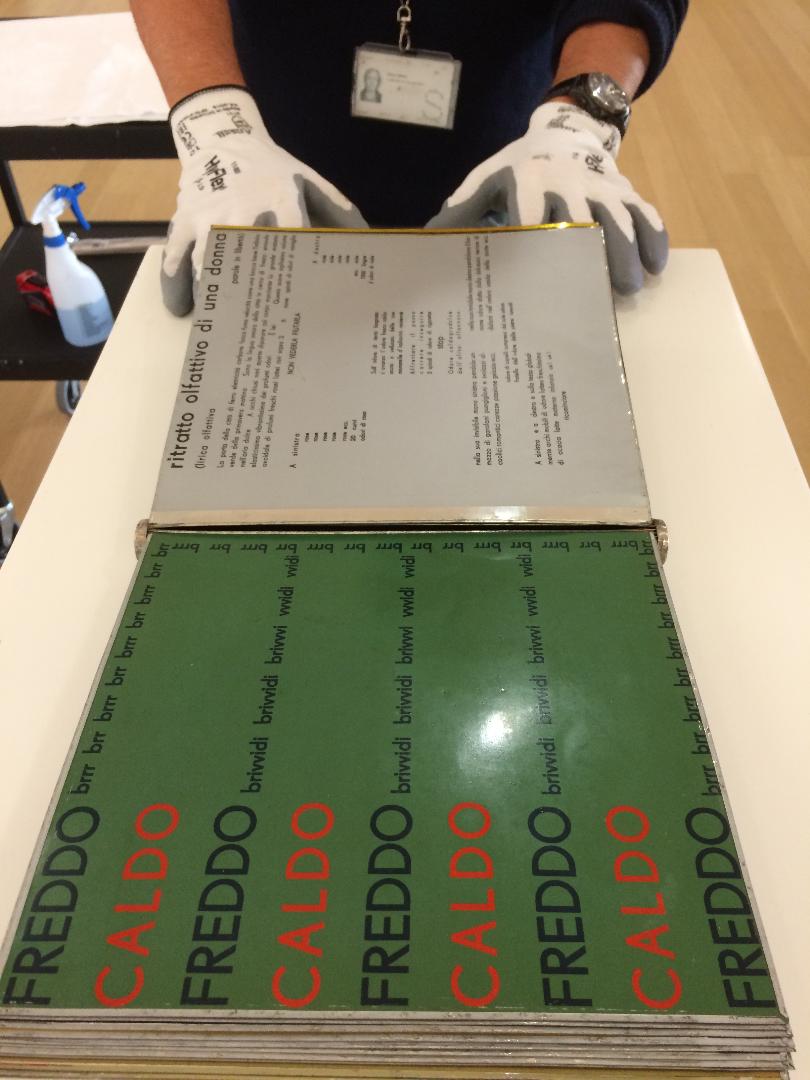 ‘Ritratto olfattivo di una donna’, a poem on metal, the words positioned in the shape of a female body.

This poem is one of the very few avant-garde texts on scent expressed through movement as it speaks of mobile arches, moving volumes and spirals of scent (see a previous blog about that here). This gave me the idea to ask a choreographer to create a scented dance based on it. I immediately thought of the highly talented dancer and choreographer Amy Toner with whom I had worked before for Mediamatic. She was inspired by both the dynamic nature of the poem, and the ‘male gaze’. The sentence ‘Do not see her, sniff her’ (non vederla, fiutarla) lead to the title of her artwork ‘Beneath her Eyes’.

Amy Toner’s contemporary choreography ‘Beneath Her Eyes’ (2018), performed by Maroula Iliopoulou. The performance was first staged at Mediamatic’s Odorama – Scent and Movement (where she was offered a residency) and a few days later at the Stedelijk Museum.

The performance, Beneath Her Eyes, is a physical and olfactory response to the futurist poem ‘Ritratto Olfattivo di una Donna’ (1932) (Olfactory Portrait of a Woman) by Marinetti. This work of art, printed on a piece of metal, addresses both olfaction and movement as it follows the scent trail of a woman. The performance explores notions of beauty, the (male) gaze and the olfactory body of a woman (source: Text provided by Amy Toner for the event).

At the beginning of the evening, a very pregnant and odour-sensitive researcher (…) talked about the role of smell in Futurism and Surrealism. ‘The scent, the scent alone is enough for us beasts’, Marinetti stated in 1909 in the founding manifesto of Futurism. The leader of the Futurists drew the attention to this lower sense which he would address much more often during his career. To him and his fellow artists the sense of smell represented a different kind of knowledge, namely intuition; a notion taken from Nietzsche. ‘Fiuto’ means both ‘acute sense of smell’ and ‘intuition’, so the English translation doesn’t really suffice. Paying attention to the sense of smell as an artistic medium defied the ocularcentric perspective of the bourgeoisie, which the Futurists despised, making their olfactory practices a political act in themselves.

In the next presentation, Peter de Cupere drew on his own experiences to explain the added value of working with scent, highlighting the challenges and limitations encountered in working with scent in a museum setting. 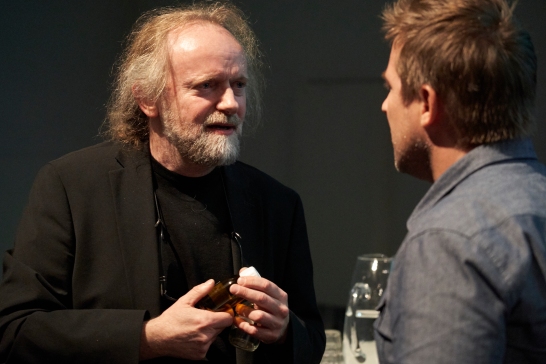 In the final presentation Piet Devos connected the multisensory experiments of the historical avant-garde with the contemporary interest in disability aesthetics. He focused particularly on the Surrealist exhibition of 1938 (scent on display in the museum), full of exotic fragrances and disorienting haptics, and on Eline van Ark’s The Invisible Dancer from 2015, in which a blind (or blindfolded) audience was invited to listen to dance. These two case studies demonstrate both the richness and potential pitfalls of such experiments, and at the same time illustrate the challenges involved in analyzing and preserving multisensory art.

(more information about these lectures on olfactory and ephemeral heritage will follow in another blog in which I interview Peter de Cupere, Piet Devos and Amy Toner)

for more information on smell in museums, scent reconstructions or olfactory history send a message to caro@caroverbeek.nl

Final note to researchers and authors: If you would like to refer to any of the above, I would first of all be honoured, but would kindly like to ask you to use the title of this blog or my PhD ‘In Search of Lost Scents’, expected in 2019.