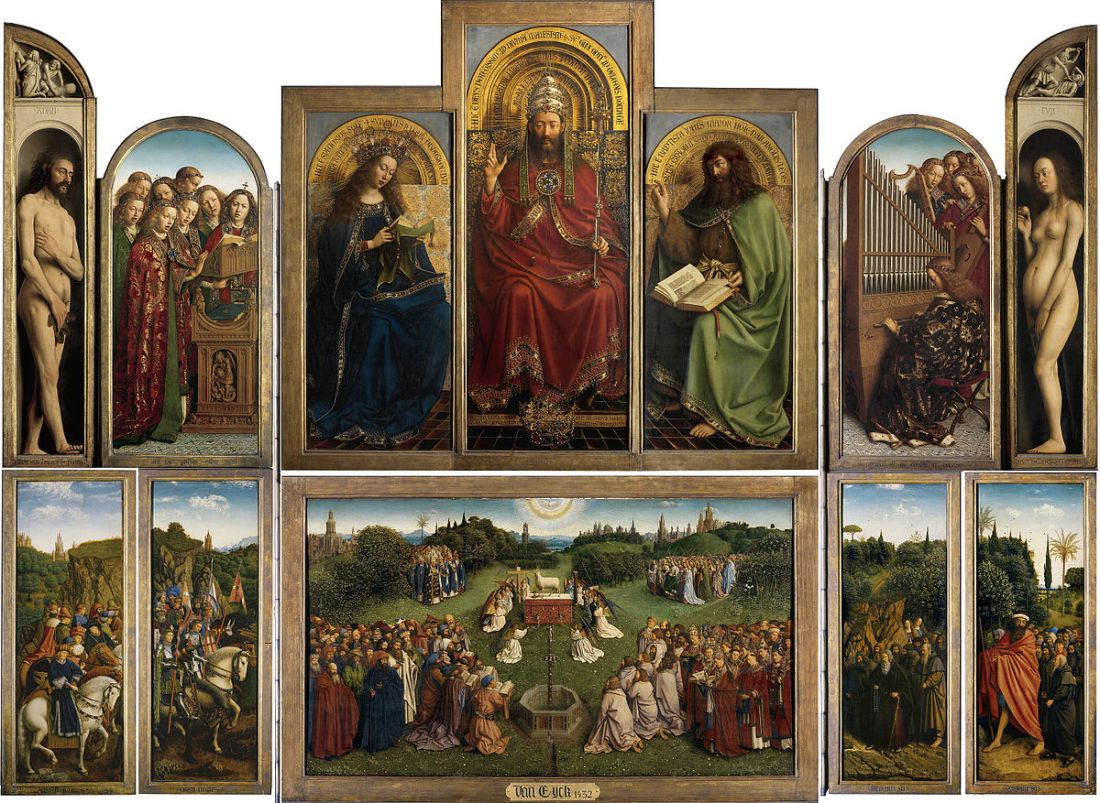 Twenty years after seeing an image of ‘Adoration of the Mystic Lamb’ by Van Eyck as a first year art history student, I finally went to see it on a cold and rainy Sunday afternoon. I must admit I held my breath when I distinguished the first contours of the immense tryptic in the St Baafs Church (an extremely mouldy and damp place, not exactly a solemn atmosphere). But I did much more than just looking in order to perceive it better.

It is impossible to experience its impact by means of a projected or printed image, while passively sitting on a chair. Its colours are so much more vibrant, the details so much more vivid and visible. And the altar piece’s size forces you to move. It is so huge you need to tilt your head almost 180 degrees from left to right, and 90 degrees up and down, and since the back is also adorned with depictions you need to do a small procession all around it. This renders the piece a kind of agency and a physical attention as it demands a dynamic effort by the viewer.

A few years after my first encounter I became interested in scent and olfactory history. I never consciously thought of the altar piece again. But when I saw it in all its majesty yesterday, I couldn’t help but notice the many fragrant references. 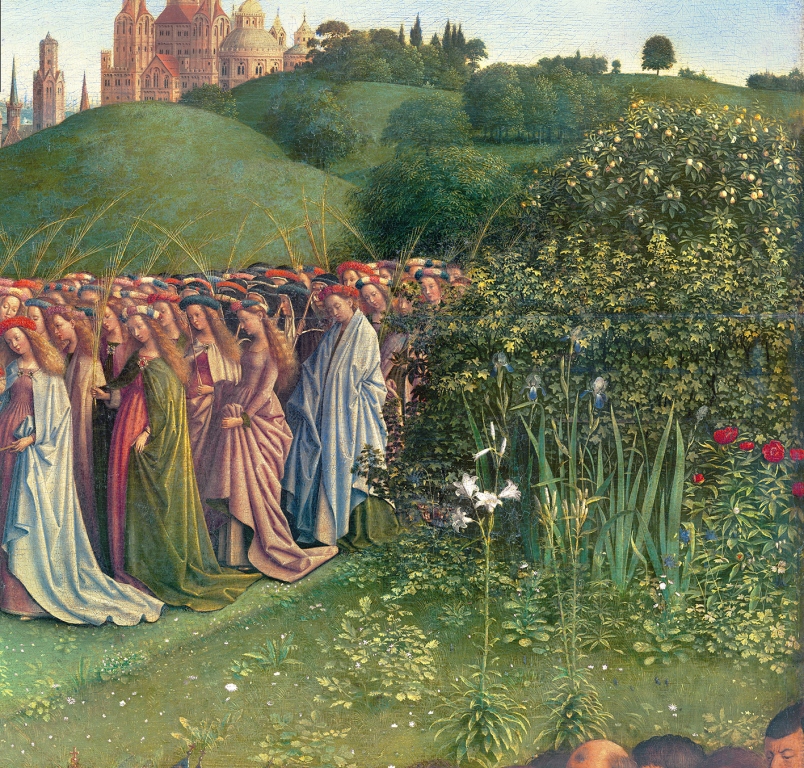 “Then Mary took about a pint of pure nard, an expensive perfume; she poured it on Jesus’ feet and wiped his feet with her hair. And the house was filled with the fragrance of the perfume”

This paragraph, taken from the gospel by John, meant that Mary acknowledged Jesus as a spiritual and worldly leader. Spikenard was only  reserved for kings, high priests and pharaohs, being very expensive coming all the way from the Himalayas. She must have spent a year’s income on the jar, indicating her wealth. But it also signified something else. Feet were usually only anointed when the person they belonged to was already deceased. Her fragrant act signified that she predicted both his upcoming sanctity, as his untimely death. The jar in Mary’s hands is a visual reminder of an olfactory layer in a usually textually narrated story.

This olfactory way of looking at a famous visual piece of art, made it a much more rich, sensory experience; one that made a huge impression on me that I presume will stay with me even longer than 20 years from now.

Een gedachte over “You See More with an Olfactory Gaze: the Fragrant Dimensions of the Adoration of the Mystic Lamb by Van Eyck (1430 -1432)”