There are cultures – mostly hunter-gatherers – that have absolutely no trouble at all describing scents. Take the Jahai for example, studied at length by professor Asifa Majid (Max Planck, Nijmegen). They have unique words to classify groups of odours such as:

Western contemporary people on the other hand, find it incredibly difficult to describe scents. There simply isn’t any vocabulary. How did our ancestors deal with this problem? Was there always a lack of words to name odours and their characteristics? The answer is no… There were once many more labels.

Apparently context determines wether we need words or not (this was another of Majid’s conclusions concerning the rich smell vocabulary of the Jahai).  In 18th century Paris, there was a need to describe scents in order to monitor and protect public health (miasmas were thought to carry diseases) (2). Just like in pre-modern England:

This conclusion by Dugan is fundamental: it means that besides looking at different cultures, we can and should also look into history, and that historians are able to contribute to the debate on olfactory language.

The following is a chronologic list with a selection of historical classification systems (a rather staccato and far from complete one, but one that will hopefully inspire you):

1.In antiquity Plato was convinced smells could only be described as ‘good’ or ‘bad’ being of a ‘halfstate’ in between air and water. 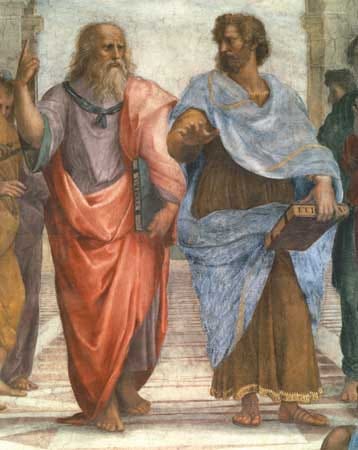 2. The system by Aristotle was a bit more elaborate, combining taste and smell experiences and even tactile impressions on the tongue:

Aristotle also claimed that only mankind was capable of smelling ‘aestheticically’ and enjoying the perfumes of flowers.  Obviously he was wrong, as many animals sniff flowers without the purpose of eating them. 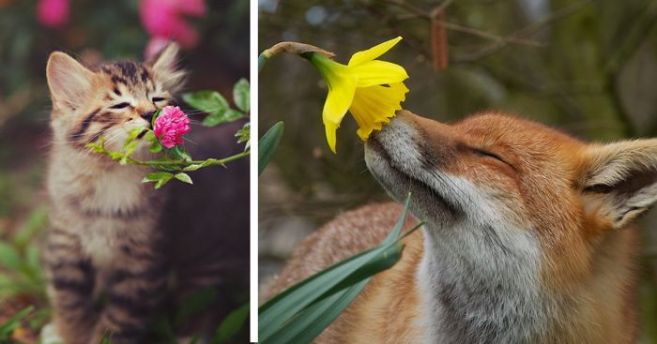 3. The first more complex classification system was created by the famous botanist Linnaeus in 1752. He based his scent categories on the medicinal qualities of plants, which he connected to the pleasantness of their odours from good (aromaticos) to nauseating (nouseosos). The fourth group ‘alliaceos’ (garlic and onion/ sulphuric) was neutral to him. The fifth group (hircine = goaty), which was quite unpleasant contained ‘orchis’, a flower with a strong urinal touch, but it did have some erogenous qualities according to the scientist.  Number 6 consisted of buxus, cannabis and opium and 7 of . Other than what many people think, Linnaeus didn’t just describe plant odours. The animalic odours such as musk, civet and ambergris were listed under the first category ‘aromaticos’.

4. The Dutch scientist Zwaardemaker complemented this system in 1895, adding words like ‘empyreumatic’ which means ‘smoky or burnt’:

5. But all these scales were merely hedonic (good or bad) and quite one-dimensional.

6. The second more dimensional system was invented in 1927 by Crocker – Henderson, which was based on scales:

(Something smells ‘caprylic’ (Crocker – Henderson) or ‘hircinos’ (Linnaeus and Zwaardemaker))

7. One of the more recent classification systems was suggested by Jellinek in 1992. He combined emotions, tastes and scents:

Caprylic or goaty would fit in at the bottom: urinous, alkaline and cheesy. Interestingly it is also ‘erogenous’. Linnaeus likewise considered ‘hircinos’ the most erogenous scent. If you smell something sexy you might surprise your lover by using the phrase:

“my darling, there’s something so caprylic, alkaline and hircine about you tonight…”

8. Last but not least I would like to mention the self-invented language Nasalo by the renowned Sissel Tolaas. Her language is based on several existing vocabulaires worldwide. Not only do words from this language describe moods and atmospheres, but also combinations of very characteristic scents such as ‘wet dog’ and ‘puqsa’ which signifies ‘mold and mushrooms’. Her words tend to take away our prejudices towards smells. Good and bad are culturally determined after all.

But all these words and examples will only be useful when we actual start smelling things, connecting signifier (word) and signified (smells). This would be a good starting point: bringing scents into academia.

At the Vrije Universiteit Amsterdam, where I work as a PhD-candidate, we already started. In Dutch there is only one abstract word for smells, which is ‘muf’ (a little ‘puqsa’). The word was embodied by (pretty serious) professors at the history department in our ‘muf’ bicycle cellar to emphasize and celebrate its importance (signifier and signified are merged). Words refer to nothing if we cannot experience their meaning, qualities and effects. Let’s start expanding our smell vocabularies as of today!