There are scent and flavour wheels for almost everything aromatic; for cities (very elaborate ones by Kate McLean), cheese, chocolate, wine, cigars and of course perfumes. But how come there aren’t any for the first flavour we perceive as human beings? Right: MILK. Human milk that is.

As a (lacto-intolerant) recent mother, I wanted to know what my baby tasted and smelled. And since we cannot ask infants, I did some serious empirical research. After all, the flavour of human milk determines future preferences and habits of children, so this endeavour wasn’t just in vain.

Not only did I taste it myself, I even had my audience have some (voluntarily!) during ‘Odorama: Milk – Scent of a Woman’ (the first event I organised after giving birth). They described it as ‘good’, ‘fresh’, ‘almondy’, ‘sweet’ and ‘vanillic’. I must say it was pretty scary, since it is really personal, and these adjectives were huge compliments.

The sweetness of milk is caused by lactose. But not all milk tastes sweet. It can get soapy, sour and rancid, due to lipase. This is caused by storing methods and defrosting.

Finally, medicines and diet are of fundamental influence. Mothers with a spicy diet will give spicy milk, etc.

So here I give you the first Human Breast Milk Odour Wheel, crafted manually (I wanted to give it a human touch). 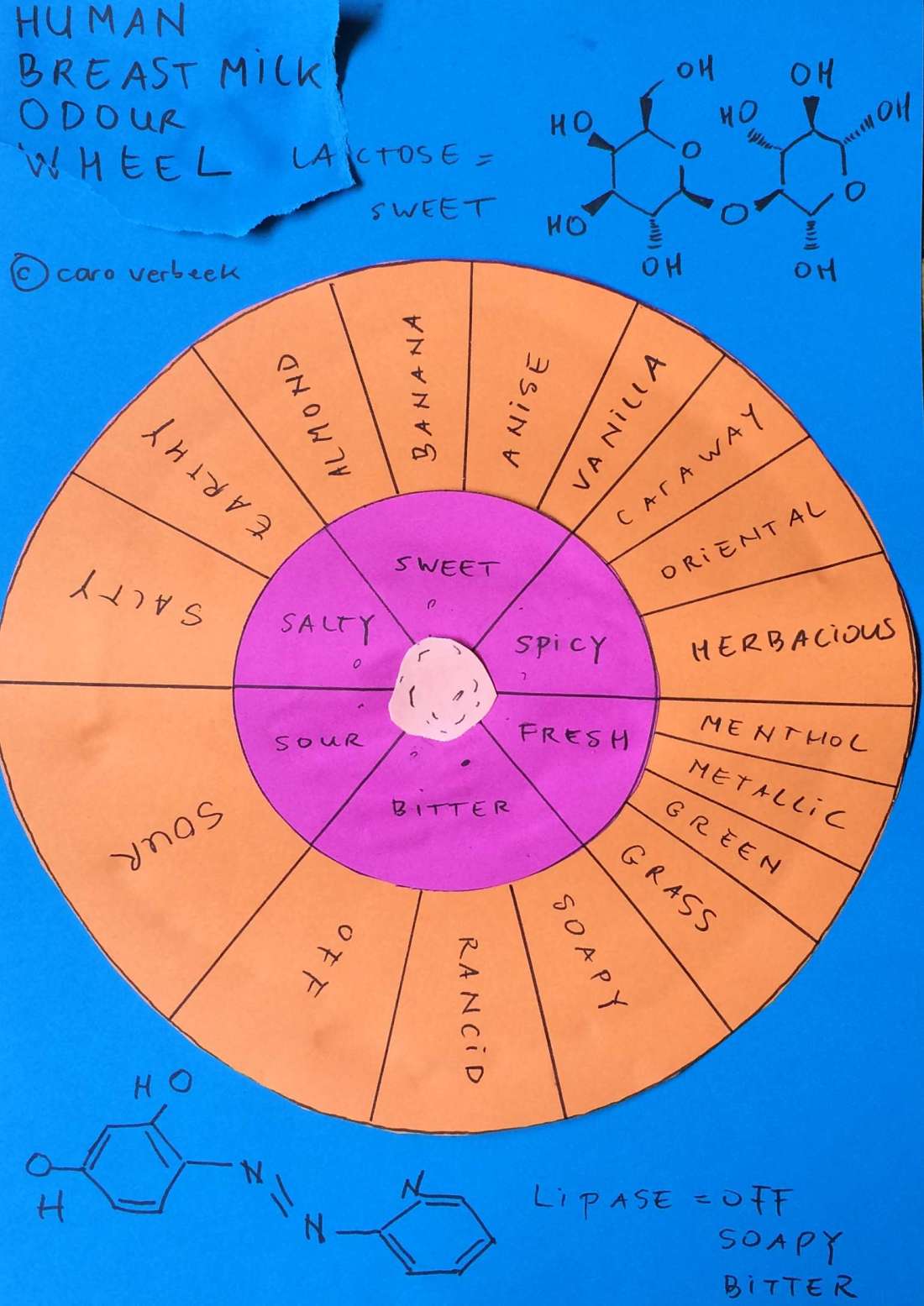