For thousands of years the womb was considered an organ of olfaction. It was thought to have the capacity to perceive and react to odorants.That is why famous doctor Hippocrates (470 BC – 370 BC) prescribed perfumed pessaries to guarantee fertility and healthy offspring:

“..make a pessary the size of a big olive. Then apply into the vagina for the entire night. Let [the patient] sleep lying on her back. During the day let her remove it [sc. The pessary] and cleanse herself with warm myrtle water, as much as possible. Then during the day let her apply [the pessary] when getting close to the night. After that, let her meet [with her husband]”

Helkiah Crooke (1576 – 1648) – court physician to King James I of England – argued that smells could result in equally negative – even fatal – incidents. The  scent of an extinguished candle for example, was enough to kill an unborn child:

“Wombs are much affected by sauours and smelles: so that some haue been knowne to miscarry upon the stench of a candle put out” (1)

According to Crooke odours were very useful to relocate the ‘wandering womb’ to its proper place. Foul smells like a burning feather perceived by the nose, made the womb retreat, whereas fragrant substances such as musk placed between the legs attracted the womb (1). The most powerful therapy consisted of using odorants for both ‘noses’ simultaneously. This is why the womb was sometimes even fumigated, with appropriate pomanders.

A medieval medicinal book – The Trotula – recommended women to smell heavy or repellent odours such as burning wool to drive the uterus from the upper body (2). Fragrant substances had the opposite effect. For pregnant women musk was considered dangerous when placed under the nose: it would pull the womb the wrong way with serious complications. 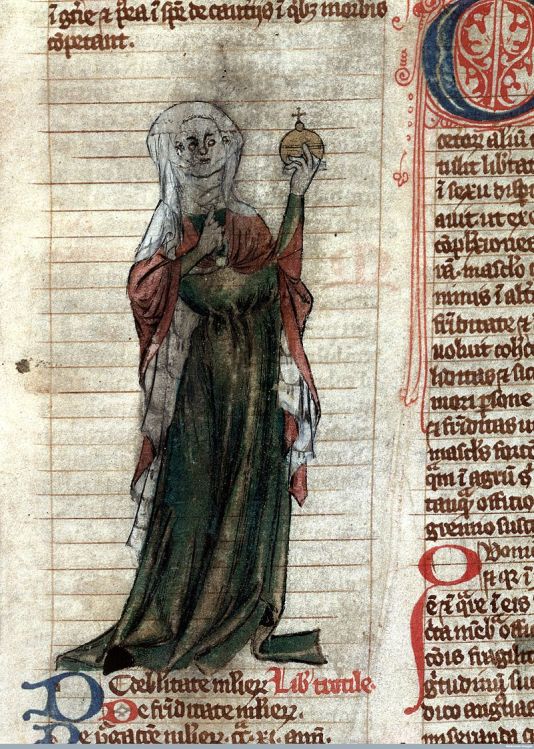 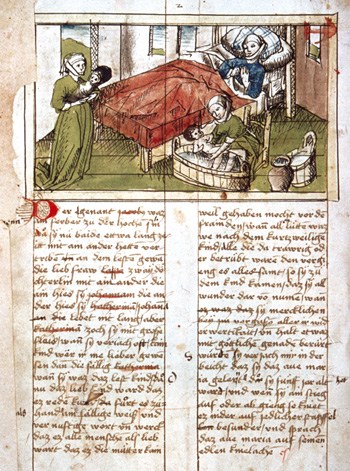 William of Orange’s wife saved by a scent

The story of the healing of William of Orange’s wife – penned down by their court physician – makes much more sense with these firmly rooted beliefs in mind. I found the story while researching the olfactory dimension of William of Orange’s life. Charlotte of Bourbon allegedly got sick of the scent of fragrant flowers right before going into labour. According to Pieter Forestus (1527 – 1591) she didn’t feel better until all the fresh flowers had been removed from her room, and something foul smelling had been placed under her nostrils, which was probably a burning feather. (3) Her servants were even prohibited to wear garments perfumed with musk to prevent her from feeling sick. Nowhere does Forestus mention why, but he must have been familiar with the idea of the womb as an olfactory organ (3).

Charlotte of Bourbon, 1579. Holding a bell or a pomander at the height of her womb.

The odour-emitting womb; a scientific fact?

Although the womb isn’t known to actually react to odorants, it possibly emits some. In 2012 scientists made an extraordinary discovery. It appears that the odorant ‘bourgeonal’ attracts semen. This lily-of-the-valley like compound is supposedly emitted by the womb. Recently this myth got debunked again.

But the fact that our bodies possibly perceive and react to chemicals in a much more profound way than contemporary scientists presume, is highly intriguing, especially in the light of two millenia of historical examples. 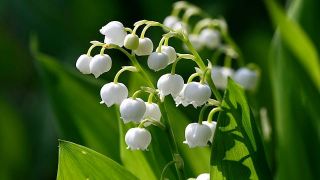 Futurist Scents is a blog by art and scent historian Caro Verbeek, scent and art historian